If you suffer a flight delay of a certain length within the European Union, you are legally entitled to monetary compensation. But you may find that actually CLAIMING this compensation is a bit difficult.

As I briefly mentioned in my post on Tuesday, I was delayed by seven hours on a Norwegian flight from London Gatwick to New York JFK in September 2018. Here is how I successfully claimed my compensation under EU Regulation 261/2004, how long it took, and how I claimed compensation for my airline delay, for free.

I’ll try and be clear and brief. EU Regulation 261/2004 is a European Court of Justice ruling which requires airlines to pay passengers for their inconvenience if they are delayed by a significant amount of time.

Which delays qualify for payment?

The length of acceptable delays and the amount of compensation owed depends on how FAR your flight is going.

How much money can I get for my delayed flight?

Any flight which has been delayed by the times above which either took off OR landed in an EU country. (Here’s a list of all countries which are in the EU).

The one critical exemption

There have been a number of EU court rulings which somewhat define “extraordinary circumstances,” but it’s still sufficiently vague to cause problems for passengers wishing to claim compensation for flight delays.

What are “extraordinary circumstances”?

The above are just some examples, and aren’t exhaustive or legally binding. You may need to do further legal research on your own particular case.

Do I have to be an EU citizen to claim compensation?

Nope! I’m an American citizen, and I successfully claimed compensation for my delayed flight and got paid to a US-based bank account. You can read about that process, below!

Someone else paid for my flight. Who gets compensated?

You do! The money is designed to compensate the passenger for their inconvenience. I was flying for business, on a ticket paid for by my company, and I successfully claimed compensation for myself.

I’m traveling in a group. How does that work?

If you are traveling in a group, you are owed compensation for each ticketed passenger. So a family of 4, facing a 4+ hour delay on a long flight, would be entitled to €2400. 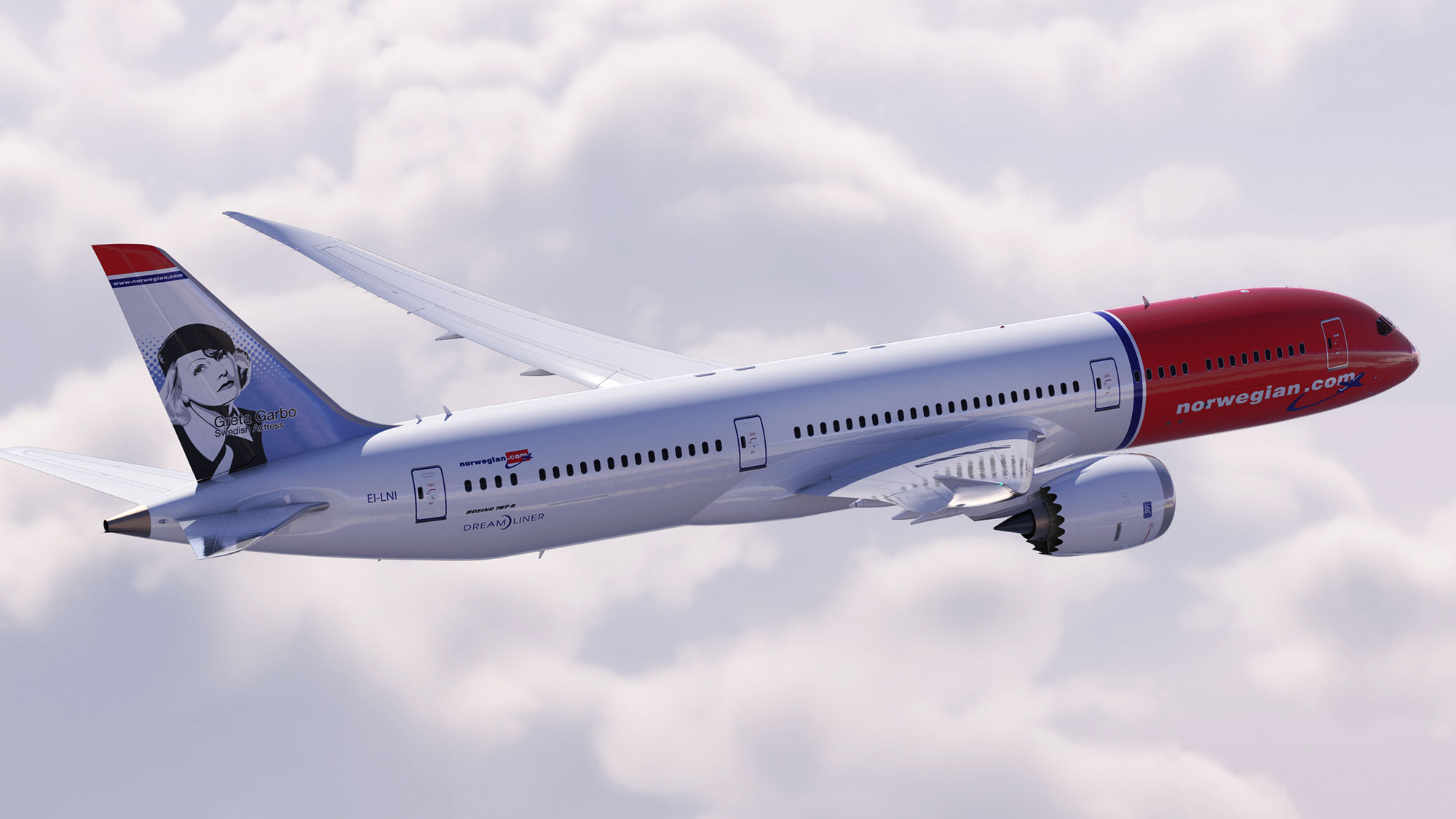 I was supposed to fly out of London on September 6, in the afternoon. A major crash on the highway meant I missed that initial flight. Thanks to excellent Norwegian customer service, I was able to get rebooked onto a flight leaving in twelve hours, for free. I opted to stay at the airport overnight, as the new flight left at 5:55 a.m.

When I went to go through security, I found my flight had been delayed by four hours. I asked a customer service representative about my passenger rights under EU Regulation 261/2004 (since I was already aware of this rule), and they directed me to a small counter where I was able to collect a £15 voucher for food (not valid on liquor).

I used the voucher to eat breakfast, while my flight continued to get delayed. In the end, the flight took off around 1 p.m., a flight delay of almost seven hours.

The pilot apologetically told us that the reason for the delay was our aircraft had been delayed leaving New York due to an error in Norwegian’s air traffic management computers.

After catching up on some much-needed sleep, I filed my request for reimbursement immediately, on September 9 (7/9/2018).

The first step to claiming your money for a flight delay is to contact the airline. My flight was with Norwegian Airlines, so I used the Norwegian Airlines Flight Delay Compensation page to start the process. This was easy: just put in the booking reference number and your last name, and it will automatically pull up your itinerary. Enter some contact info and you’re ready to roll.

I promptly received an email from Norwegian Custom Relations indicating that my claim was under consideration, including a reference number. After this, I just had to wait for around two weeks before getting a response.

I got an email from Norwegian on 8/9/2018 indicating they had started reviewing my claim. After 16 days, I got a response saying they had denied my claim.

Norwegian claimed my delay was the result of “extraordinary circumstances”, and thus they didn’t have to pay the compensation they owed. In their own words:

“The delay was caused by an earlier disruption within our network that had a direct effect on this flight. The original flight was disrupted due to unforeseen difficulties with the flight planning system.

Although we respect your request for compensation, we’re unable to honour your claim as your flight was delayed due to extraordinary circumstances. This is in accordance with the European Court of Justice Verdict C-549/07 Wallentin-Hermann”

So still being a little bit salty about the 19 hours I’d spent in the airport waiting (and seven on this delay), I did some quick Googling. Information on this subject is a little difficult to find, but after doing some reading, it turns out the very ECJ decision Norwegian had cited, C-549/07, actually says TECHNICAL PROBLEMS DO NOT COUNT AS “EXTRAORDINARY CIRCUMSTANCES” for airline delays.

So I fire back a quick response:

They responded to this email within one day, directing me to an independent dispute resolution service called AviationADR.

After Norwegian had denied my claim twice, they provided me with a link to a service called AviationADR. This is an independent arbitration service for the United Kingom which provides a ruling about whether the airline legally needs to pay the delay compensation or not. If your flight left/landed in a country other than the UK, the arbitration service will be different.

I should note here that Norwegian had included a link to this service in their initial denial email as well — I just didn’t have space in the screenshot. You could probably skip the second email and go straight to the arbitrator.

This service basically acts as your consumer advocate. They investigate the claim from both sides and issue a ruling about whether the airline has to pay you or not. AviationADR had its own dashboard and messaging system, but I got an email every time I needed to log in and take an action. The dashboard is a bit clunky and confusing, but it does the job.

If the independent adjudicator rules against you, you still have the option of taking the claim to court. But I didn’t need to do this, because AviationADR got Norwegian to agree to pay for my delay claim.

The AviationADR site works similar to the Norwegian complaint process, but with a bit more detail. I was asked to put in my flight number, booking information, as well as the planned departure time, the actual departure time, and any offers of compensation I was given at the airport.

I was also asked to provide any communication I’d had with Norwegian — which I dutifully copied over.

After I had completed my registration, they sent me an email. For every subsequent event, they sent me another email. This made it very easy to follow the progress of my complaint.

After 15 days, On October 10 (10/10/2018), I received an email saying AviationADR had reviewed my complaint and determined it was within their jurisdiction. At this point, they contacted Norwegian and began handling my case.

We received a message from the airline in which they state the following:

”After reviewing this case and its supporting documents, we have decided to accommodate the passenger claim for EU compensation of total 600 EUR.
In order to process this payment for the EU compensation, we kindly ask the following information:
• Full name
• Postal address
• Bank name
• IBAN
• SWIFT
This information must be sent to passengerrights@norwegian.com with reference xxxxxxxx”

If you agree with their message please message within 14 days so we can proceed further with your claim.

This message was a bit unclear if I needed to respond to the AviationADR or Norwegian. I responded to AviationADR, but they told me to email passengerrights@norwegian.com directly. So that’s what I did.

What if I don’t have a SWIFT or IBAN number?

I emailed Norwegian on November 13 (13/11/2018), saying I didn’t have the above numbers. I provided them with my bank’s routing number and my ACH number (account number).

After a brief confusion about the ACH number, I got a message on 20/11/2018 that I would have the funds in my account within 15 working days. The money hit my account after eight days.

How Hard Was It to ACTUALLY Get Airline Compensation?

From start to finish, the process took about three months. I’d estimate it took maybe 3-4 hours of online research and e-mailing. The key was just to be persistent beyond the initial denial. I’d guess airlines deny almost all claims they get just to try and minimise the amount they have to pay out. Even when most of those complaints might be valid.

My experience using the arbitration service was generally easy, painless, and just.

Should I use a third-party service?

There are a number of third-party businesses for claiming compensation for an airline delay. These businesses offer to do “all the legal work” for you, and in exchange, they take a commission out of whatever the airline agrees to pay you.

Here’s an example of one of these services.

This is convenient because if you don’t win, you don’t have to pay anything. But in my experience, AviationADR did all that for me, and for free.

I did sign up for one of these sites just to check it out while I was doing my research into the EU Regulation 261/2004 claims process. They are still sending me emails looking for my business, even after the money has hit my account.

These services do sound convenient. Since I’m always willing to put in a bit more effort to get a better deal, I chose to try independently. If I’d been denied though, I would have tried one of these services — why not pay them their cut, if they can get a payout that you wouldn’t otherwise be able to?

Luckily, in my experience, I was able to get the full settlement on my own, without having to pay anyone.

Time from initial delayed flight to payment in my account: 82 days

Although it’s a bit of a pain and a time-consuming process, it IS possible to successfully claim EU compensation for a delayed flight. And it IS possible to do so on your own, without the use of a third-party service. I hope my experience is helpful or educational for those of you looking to claim your own compensation.

Feel free to discuss in the comments — I can’t guarantee I can answer your question, but I will try. And if I can’t, maybe someone else will be able to. If you know anyone who might benefit from this post, be sure to share it with them!