Travel touches our most intimate emotions: wonder, heartbreak, fear, bewilderment… even love. While I’ve been unspooling a long story of heartbreak on the road, that’s not the only way things can go. We’ve already heard from Shawn, my good friend and climbing partner who fell in love with a stranger while traveling and never came home. Today we’ll hear from Stephanie, the blogger behind Emirore, who fell in love with her traveling companion — who just happened to already be a good friend.

Enjoy the cheery change of pace!

It didn’t dawn on me slowly, as you think most love would. It hit hard overnight. And all it took was a single kiss.

There we were, drunk at a Bruges bar (isn’t it always the way with these things?), when bored flirting with my “just a friend” turned into a peck. Then another. Before we knew it, we were going for the world’s longest snogging session and yep, we were still just stood by the bar.

It was an intense 30 seconds (okay, I exaggerated the world record part), followed by utter confusion and quite frankly, minor freaking out on my behalf.

He went off to bed after that, seemingly unaffected, while I stood about dumbfounded and embarrassed.

It was a small bar, you see. One connected to our hostel and on that night it felt particularly empty so I was certain those 30 or so people just witnessed actual fireworks. And then me, alone, embarrassment personified.

It was all just innocent kisses, by the way, for a small three hours or so. But apparently that first one was so good, I just had to go back for more.

He loves to hear me tell it, my boyfriend, Jacob. He’s now convinced that one kiss is all it would take for anyone to fall in love with him.

Hilarious, seeing as there was actually a whisper of a murmur of some feelings before the trip, but back then I put it down to a strong friendship.

As I said, we went on this trip as friends. Thanks to my worried family, he was my passport out of the country and before departing, we often toyed with the idea of parting ways a few weeks in for that solo traveller experience.

Two months on and one minor fight later, there we were still spending almost every waking moment together, experiencing new cultures, great and not-so-great food and coming face to face with all kinds of people.

And after all that went away, in our rare bits of downtime or those long train rides with only each other for company, was conversation. Real, open and often hilarious conversations. It’s amazing what people are willing to reveal when there’s literally nothing else to talk about.

Our chats varied from forgotten parts of our childhoods (turns out, we frequented the same park as kids. Impressive, as he lived two hours away from me) to reflecting on all our greatest fears. Hell there was even a train trip where we delved into the scary happenings amongst the upper echelon of the Church of Scientology. Nothing was off limits or too weird to discuss. 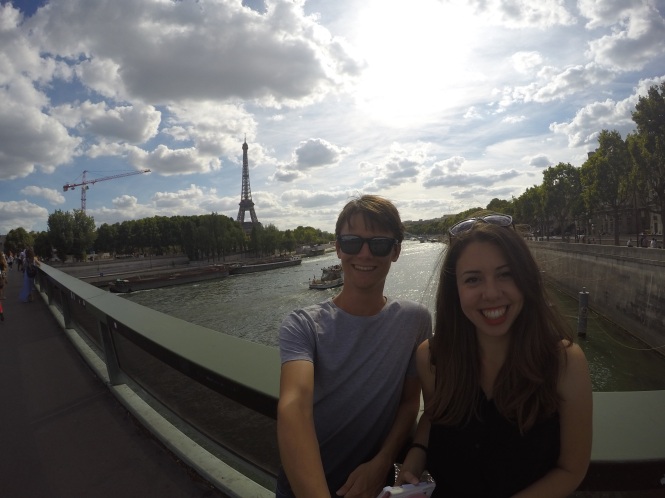 I think it’s something that happens to most when they travel with a friend. You realise you either really click or you just don’t. They seem to be the only two options when people offer advice, too. I guess falling in love with your best friend is the secret third one that no one ever mentions.

I didn’t really know it was love at the time of the kiss, however. I was just worried about the mess of emotions the next day and running on three hours sleep, no less.

What if he thought it was just some silly kisses shared between drunk friends?

All I knew was that I just really wanted to hold his hand on our walk out of the hostel that morning. Sappy, I know, but it’s the embarrassing truth.

The few days that followed were an awful flip-flopping of emotions between us. One minute we were just friends and the next I was ignoring him in the hopes he wouldn’t get the wrong idea. Or that I hadn’t read things correctly and it really was nothing more than a kiss. I couldn’t deal with yet more embarrassment and awkwardness.

Navigating that was weird and communicating feelings was certainly not our strong point.

Leave it to Paris to speed things along, though.

Who doesn’t want to be in love in the City of Love? It was my movie moment and you can be damn sure I was going to live it.

Add to that my ingenuity at faking cold hands that just had to be warmed by his and voila! We were wandering Paris streets, hand-in-hand, stopping for kisses at every corner. 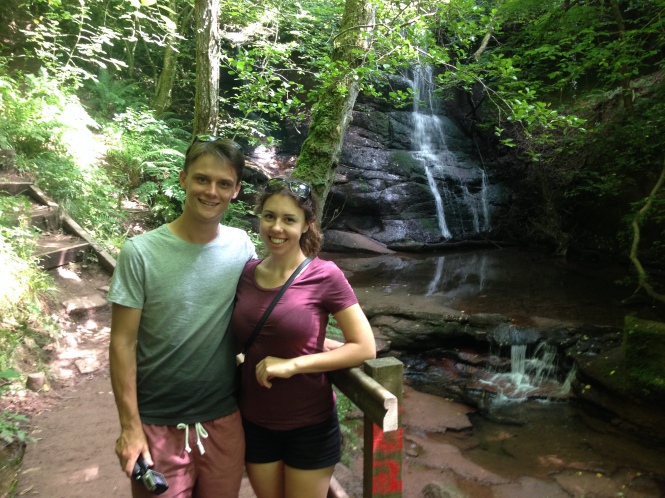 Things took off quickly from there. No one else was so important anymore and for the next two weeks, we barely spoke a word to other travellers. A drastic change to the start of our trip where with each new hostel came a new family.

I’m not sure if we missed out on much by not diving into each city as we used to. Falling in love does that, it seems. But I don’t have any regrets in that regard at all. I can’t imagine anyone so interesting as this weird, exciting thing I was experiencing. Even now, no one quite measures up to my Jacob.

There were tears at the airport when I headed home soon after that. And tears again at every cuddling couple on the plane and every joke I couldn’t share. He was to stay another month in the UK, travelling about, while I was back in Sydney.

Like I said, we weren’t ones for communicating. What if this was just a Europe fling? We left things open and our real feelings unspoken.

Jealousy soon followed but it wasn’t directed at his amazing travel experiences. Every new female friend that he added was a potential threat. That’s honestly how I saw it, anyway.

It was hard to accept that things mightn’t continue at home. I held onto hope the entire month he was away that somehow he would love me when he returned.

From all this, you can guess that it worked out fine. Great, actually. We’ve not had the chance to travel like that again but even being stuck in boring Sydney hasn’t dampened our adventures. They might not be so huge as taking a spur of the moment detour to Italy’s Cinque Terre to hike for the first time ever, but I mean, have you tried driving down dirt roads in the dark with your partner? It’s either going to end up in divorce or a laugh. Ours is always the second.

You can find more from Stephanie on her travel blog, Emirore.