Snowy day in CO. Cozy, inside, plenty of time to write. Taking a trip back in time today…

The Museum of Broken Relationships is dedicated to objects. Objects as symbols of love lost, and hearts broken.

What reminds you of your former lovers?

I visited this museum in Zagreb, Croatia, four years ago. It was on the list of tourist activities at the hostel, and at the moment, I wasn’t too far from the end of my own college relationship. And so, with such things on the mind, one dreary Zagreb December morning, my traveling companion and I set off to visit this strange little museum.

It turned out to be one of the more powerful experiences of my young life.

END_OF_DOCUMENT_TOKEN_TO_BE_REPLACED

“You said you saw something in my eyes that day in Lisbon that scared you. What was it?”

I am sitting in London Gatwick airport. C is on the other end of the phone. This is first time I have heard her voice in a month. It has been an excruciating five weeks in London.

Every time I leave Europe, I fly out of Gatwick. It’s reliably cheap. Today, for the first time in my life, I’ve missed my flight. I’ll have to wait there in Gatwick, overnight, for the next flight home to New York.

On the phone, there’s a long pause.

END_OF_DOCUMENT_TOKEN_TO_BE_REPLACED 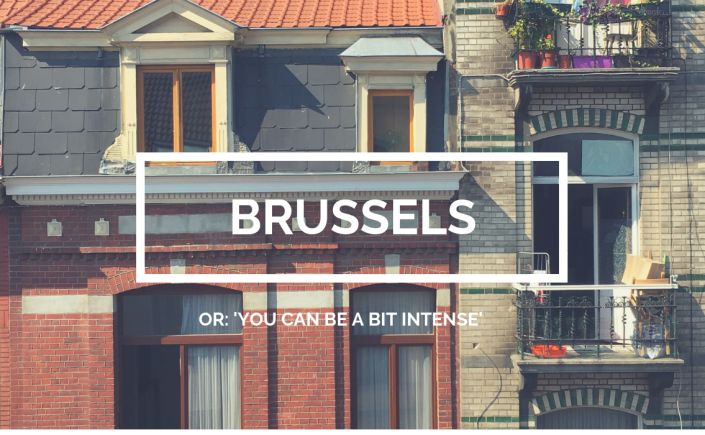 My final weekend in Europe.

I’d imagined I would spend it somewhere romantic with C. A sixth country. Somewhere new; somewhere that could be ours. Some use for all that money I had saved, after months of living simply in New York and London. I would buy her ticket, I had told her in Lisbon.

“Be present!!” she’d told me in response, before spending the afternoon shopping for a washing machine and pointedly ignoring the yawning tension between us.

“I have three weekends left in Europe,” I’d told her on the phone. “Come meet me somewhere. Let’s not let things end the way they did.”

I hung up, went to bed with a smile on my face.

The next a.m., I woke up to a text: I don’t quite understand the point of the request. My answer is still no.

So I went to Brussels to see an old fling.

Someone much better at ‘keeping things light.’

END_OF_DOCUMENT_TOKEN_TO_BE_REPLACED

“So, second day in Lisbon, she tells you she doesn’t love you. Says she doesn’t have room for you in your life. You said it got worse every day — I don’t see how that’s possible.”

That’s Barney, my colleague here in London. He’s 22, 23. Something like that. He sits next to me in this office where I will be working for the next five weeks.

I’d come here to London at the request of my boss, but more importantly, at the request of a romantic interest — the one I’d been chasing for the better part of a year. She’d wanted me in Europe for the summer, so we could continue our romance at a slightly closer proximity. I’d just spent an awful week with her in Lisbon, which I was currently recounting to Barney.

“Oh, it does get worse,” I say. “Third day and fourth days she’s very sick. UTI. Starts treating it with cranberry pills.”

“Of course it didn’t do anything, because you need to take shitting antibiotics!” he rages. A modern man, Barney. He doesn’t suffer fools.

“Yeah,” I nod. “I know. Anyways, turns out after I leave that it’s not just a UTI — it’s a kidney infection. (Which antibiotics also would have treated.) So she’s had a kidney infection literally the entire visit.”

“Is she like a fucking hippie child?” he asks. “Kind of girl who would wear a flower crown? Why the fuck is she taking cranberry pills.”

“Ehhh… kinda,” I say. “She was wearing a flower in her hair in Lisbon,” I say, drifting off in memory. Weeks later, when I pack to leave London, I will find this bougainvillea in my luggage. I won’t know what to do with it, and will, sadly, put it back in the inner-breast pocket of my jacket. Unable to let it go.

“Hey! Hey!” Barney snaps in front of my face. “Finish your fucking story.”

“Oh, right,” I say, coming out of nostalgic memory, and back to the hard reality of the thing. “Fifth day was her birthday. That one was alright. We were supposed to go to the beach but never got there. Drank a pitcher of sangria by the famous tower, you know the one. That got her talking a little. OK day.”

“Sixth day — she’s promised me we’ll talk this day. ‘Just give me a few days,’ she said. ‘Saturday, Saturday we’ll talk.’ So, Saturday: she gets a new roommate. Her other one is out of town, so the whole time I’m there she’s been trying to sublet it, you know,”

“Yeah,” I say. “I know. I was less than happy about that. She was always trying to buy a fucking washing machine too, and shit like that? Didn’t seem very present. So anyways. Sixth day, new roommate. She gives the roommate the only set of keys.”

“Yup. I told her not to, but anyways, she gives away the keys to this new person she just met. Then she makes me go pick up some more furniture. Awesome. Already told her I’m not into the whole building a house thing. But anyways, whatever, we end up getting this furniture, struggling with it on the metro, right? Then — of course — we’re locked out of the apartment. Did I mention she’s still got the kidney infection?”

“Jesus Dan,” he says, shaking his head. “You did not have much luck on this trip, did you?”

“Noooo I did not,” I say. “Anyways, so we spend that night wandering around in the cold, trying to get the keys. She’s miserable. I’m annoyed. We still haven’t talked any more about what happened on Tuesday. About us. Eventually we get the fucking keys and go home. Everyone’s angry. That’s it. That’s Saturday. No talk.”

“Next day’s Sunday. Last day. She wakes up, tries to have sex with me. I just… can’t. I’m so sad, I don’t want it, you know? Sex for me is all about the emotional connection. And she’s shut that down, completely. I go to the bathroom and just cry.

“She wants to go to the beach, but I just want to get this fucking talk over with, you know? I force it, probably. Anyways, it goes from: she ends up inviting me to move in with her, to telling me she doesn’t have space for me in her life, to me telling her I was with another girl in New York. We run out of time, I gotta go catch my flight. And then I leave her a letter that says that I love her.”

“What the fuck is wrong with you?” Barney asks. “Really, what made you think ANY. OF. THAT. was a good idea?”

“Things did get away from me a little bit,” I admit.

“No fucking shit they got away from you,” Barney says. “Wayyyy far away.”

Then he adds: “Can I read the letter?”

I hesitate for a second, then say: “Sure. Why not?”

I have nothing left to lose.

END_OF_DOCUMENT_TOKEN_TO_BE_REPLACED

In Brooklyn, I again try and write the story of C and I.

“This is a happier story than my last,” I say, by way of beginning.

I want to write everything. It’s a love story, I want to say. It’s the story I think of every morning when I wake up, and the story I dream of every night when I go to bed. It is the only thing that matters to me.

But I can’t write these things. I know I can’t.

C could never hear them.

And I can’t write about C without being honest.

So I never write that story.

And it all remains unsaid.

Just as she wants.

She must know, I think.

But as she dances around Lisbon, invites me to come live with her in an offhand way, and then refuses to talk seriously about an us, about a future… I cannot shake the feeling that, no — she doesn’t know.

She doesn’t want to know.

Which would be fine.

If only she wasn’t texting me every single day.