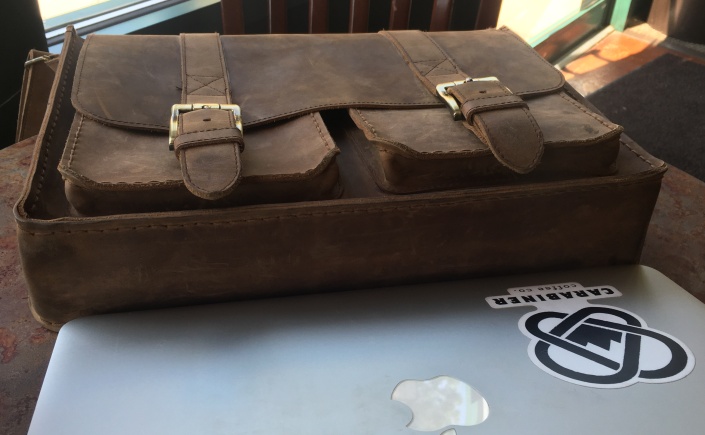 I am awoken at 5:30 a.m. by the sound of jackhammering outside.

I groan, and go back to sleep.

It’s day 2 in Kathmandu, and my room is still just as lonely. The first thing I see when I open my eyes is the second twin bed, empty. According to the reservation I put in online, today should be my last day at the Annapurna Guesthouse. Seeing as the front desk staff hasn’t even asked about money yet, I don’t think they’ll mind if I stay a little longer. After all, I’ve been in Thamel for a day, and I already realize the rate I am paying is absurdly high. That could be part of why I seem to be the only guest here.

I should move to a hostel today, I think to myself as I take a shower. The water heater is working today, thankfully. I spend a long time in the shower, trying to quiet my thoughts and figure out a plan for the day.

I don’t plan anything, and eventually just get dressed and walk out the door.

Momentum is the only thing keeping me going right now.

I pick a direction, and start walking.

Kathmandu is one of the most exotic places I’ve been so far. Despite the ubiquitous cell phones and scooters, the place has the slightly seedy feel of a frontier town. Shady men lurk in alleys, the drug dealers never stop whispering at me under their breath, and half the people in the streets cover their faces. The anonymous chaos gave plenty of cover for a sad lost soul to wander without a purpose.

Although I might be sad, and I was definitely still lost in the endless maze of Thamel, I did have a purpose this morning. I was looking for a coffee shop. In the face of trauma, we often seek out normalcy. For me, after five months of working and traveling as a digital nomad, sitting in a coffee shop working on a computer was as close as I got to normalcy.

I carried my laptop slung over my shoulder, in a brown leather bag I had bought from a small shop in Bali. My laptop barely fit, and the leather was still new – uncomfortable and unyielding – but the thing brought a smile to my face every time I used it.

Like the woolen hat I still wore atop my head, this item was imbued with memory. This one though, was positive.

Every time I looked at this bag, it brought my mind’s eye back to Ubud, Bali. That quiet little town immortalized in “Eat, Pray, Love,” Ubud had been home for two months, two months prior. Holly and I had been living like ascetics: not necessarily by spiritual choice or anything like that — mostly because we needed to make enough money to afford our tickets home. So Ubud, instead of a quiet and relaxing retreat, had become simply another office. This is the problem with the digital nomad lifestyle we’d been living: it robs places of their power, and turns them into little more than scenery which sits behind a Macbook.

I’d had the pleasure of losing my job in Bali.

Let me clarify here, that this really was a pleasure. I’d been traveling for months, working for a U.S.-based company all the while. The midnight shifts and constant wi-fi anxiety helped keep us in money and on the road, but it did nothing for our appreciation of the places we were seeing, and it largely kept us from meeting the local people. So really, what was the point?

New Year’s Day found me free and unemployed on a beach in Bali. 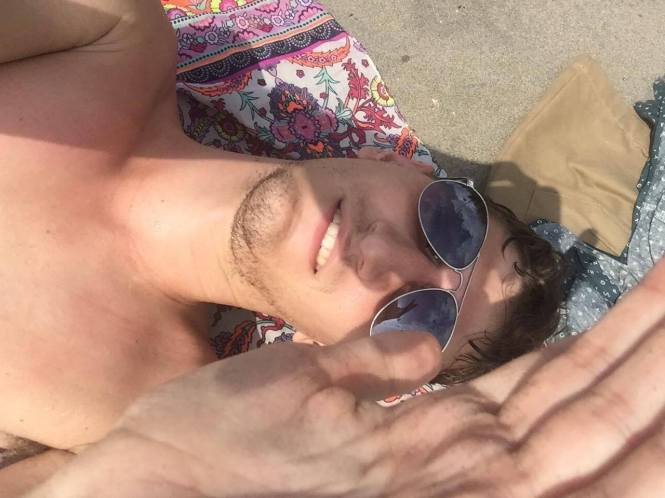 And more than a little hungover.

I couldn’t have been happier.

Holly, who had nothing in her savings account, kept working. I had stacked up a fair bit of money in Bali, so I took the opportunity for a small sabbatical. Every day, Holly got up early in the morning and drove our scooter to Hubud, the iconic coworking space which helped put Ubud on the map as a digital nomad destination.

After I lost my job, I’d sleep late, rising when I wanted, or when the tropical sun streaming through the windows made staying in bed a sweaty impossibility. I’d spend 30 minutes every morning meditating in the peaceful Balinese gardens, and that was the extent of my commitments. With no need to sit in front of a computer all day, I started wandering. And as anyone who’s wandered around a foreign city knows, aimless walking generally leads to three things: eating, drinking, or shopping.

I’m not much of a drinker, and I liked to take my meals with Holly, so I started to spend a lot of time in Ubud’s hip boutiques. This – as you can imagine – was not the most intelligent move for a newly unemployed person. But hey. This is youth. 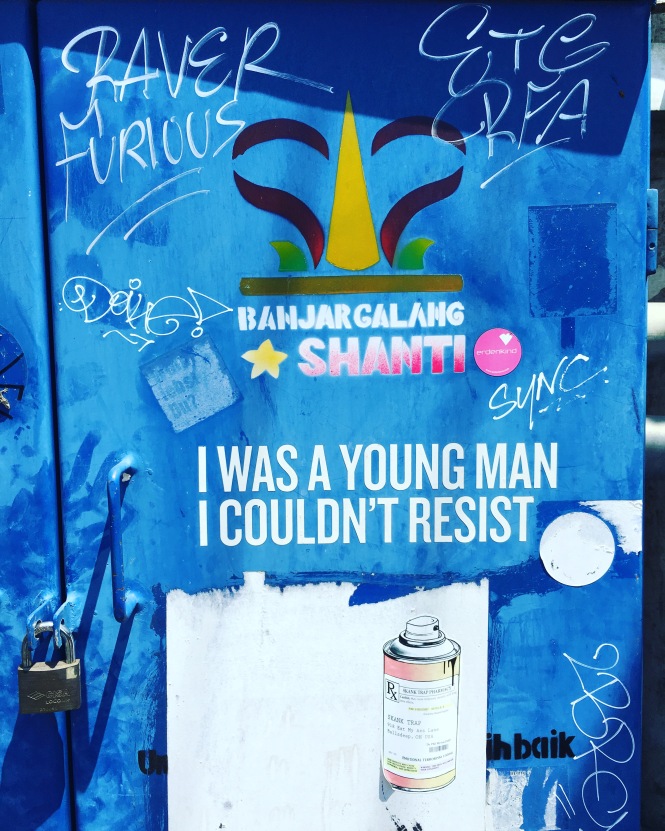 This is how I met Yanti.

Yanti’s shop was in a narrow little alley, right outside our second homestay. Her tiny space couldn’t have been any bigger than four square meters. It was stuffed, floor-to-ceiling, with handmade leather goods. If you’ve ever been in Bali, you’ll know this isn’t that uncommon: the island is positively packed with artisans, and for some reason, despite being a Hindu culture, it’s rotten with leather.

I knew from the moment I spotted it hanging on a peg in the window that I wanted this bag. I walked in and asked about it immediately: the female shopkeeper eyed me up and down, and said: “2 million rupiah.”

I laughed in her face. “Absolutely not,” I said, and walked out.

“One point five!” she yelled after me. I shook my head, and kept walking.

She’d offered $150 at first, then cut it down to about $115. While those might be reasonable prices for a handmade leather messenger bag in the U.S., they were highway robbery in Bali.

A few days later, she caught me admiring the bag as I walked by. She waved. I waved back.

The next day, I returned to the shop. The same woman was there; she recognized me immediately. We struck up a bargaining session. We each held our ground: she wanted a million, while I was hoping for closer to 700,000. The bargaining stonewalled. I started asking about other items in the shop, half-heartedly feigning interest. Slowly, our barter became a normal conversation. We left the construct of the shop behind, and became just two people from very different backgrounds, feeling each other out.

Yanti was lonely. And in a way, so was I.

She left me alone in the store, and ran out to get tea for us. We sat, cross-legged on the floor of her tiny store, and she told me her story.

She was from Sumatra, another island in Indonesia. The story she told was the story of her men: the Singaporean who had brought her to his city, the Irishman, the Scot, who had come to Bali to start a shop with her, then abandoned her when he grew bored.

“You know why we choose Bali?” Yanti asked me. “We see the movie, ‘Eat, Pray Love!’I thought, that looks like a peaceful place. Let’s move there, I can be like Julia Roberts.”

“Had you ever been to Bali before?”

She had taken care of these men, picked up after them, she said, only to be discarded like a piece of trash herself. Now, she was tired of picking herself up.

“Your father, he come to Bali with you?” she asked me. “You are nice, I bet he nice man too. I treat him well!” she said, half-laughing, half-serious.

I shook my head, no, he doesn’t travel much.

“Next time!” she said with a laugh.

“I’ll bring him next time,” I agreed.

After a few hours of talking, we turned back to the bag. I showed Yanti that my laptop didn’t fit in the pocket, it had to be jammed in, awkwardly and with force. “Why should I buy something that won’t even work for what I need?” I asked.

She sold me on it with this gem: “Bag like woman! You know, first time you with a new woman, it stiff, like… eh…” she waved her hand back and forth in a ‘so-so’ motion. “But after a few more times, sex is…” she made an a-ok motion with her hand. “Bag like woman: need to be broken in!”

That morning in my Kathmandu guesthouse, I’d wrestled with the bag, struggling to fit my Macbook Air inside the still-tight laptop pocket.

What a fucking character.

Thanks for the laugh Yanti, I said to myself, I really needed it.

I’ve never been much of one for spirituality, but I sent some gratitude into the universe for her.

Hope you’re doing better than I am.