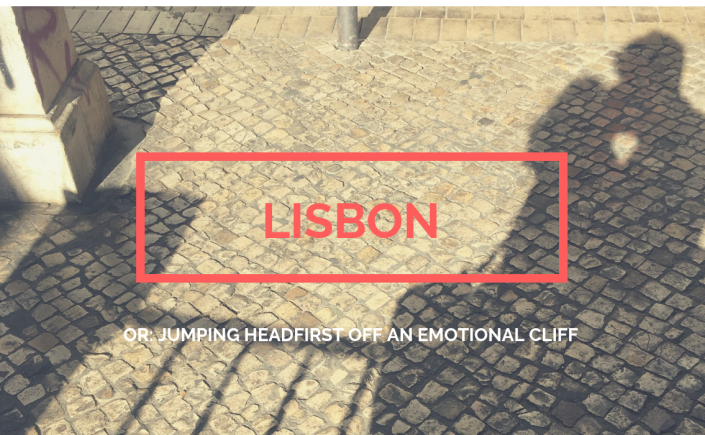 Lisbon, to put it lightly, was a disaster.

On the very first day, jet-lagged and sun-drunk, I found twenty Euro on the ground.

This was to be the high point of the trip.

C has a photo, somewhere. Me, with the bill, by the sea. I must look very happy.

We spent that twenty Euro on drinks; a dinner at a tasca, and more drinks. We bathed in sunlight, drank white wine, and ate fish. I could get used to this, I said. Yeah?! She asked, a twinkle in her eye. 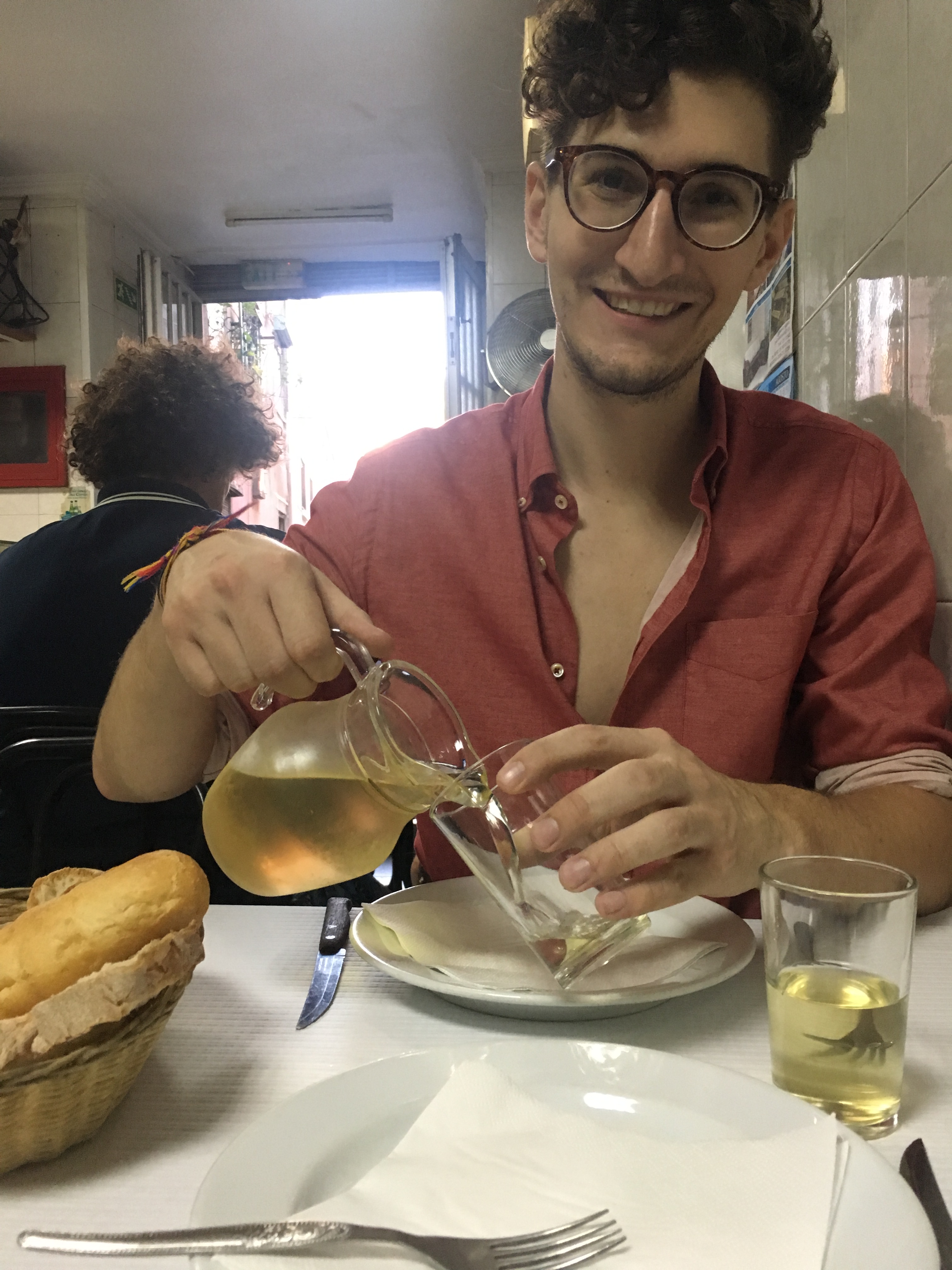 We spent the remainder of the Euros on a bottle of wine. We took it home. We sat at the kitchen table, breathed in the air from the window, and looked at each other. You look like you belong there, C said to me.

We were quite drunk by this point.

Yeah, she said. And you know what? Emma said she wouldn’t mind if you were the third roommate.

This comment should have warmed me. But it rang me wrong.

I wanted very badly to come to Portugal; to see what types of roses could grow here. But I wanted to come because C wanted me there, not because Emma wouldn’t mind.

She just wants to cut her rent, I joked, as I poured myself more wine. Now wasn’t the time to have that conversation.

I picked C up, laughing. I put her on the kitchen counter; ate her out until she came, and we went to bed. 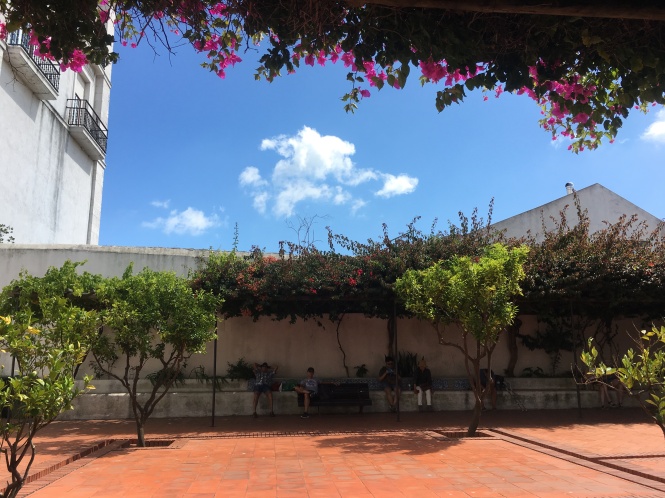 First thing the next day, we went to a church. We sat on a bench outside, under a beautiful string of flowers, and we made out like teenagers. For what felt like hours on end, we sat under those flowers, soaked up the blue sky, and all felt good.

Then we ran errands.

She needed a washing machine; she needed bedsheets; she wanted to go to the second-hand markets. La Feria del Ladre — the robber’s fair.

As we walked through the aisles, I saw a Portugal patch. An old one, different from the mass-produced patches that are so common on backpacker bags today. I collect these. I saw it, and walked by it, listening to her go on about something she needed for her house.

Bedsheets, coffee cups, washing machines… it was clear to me, she was building a life.

There was no mention of me, in this life.

An innocuous joke. Well within the boundaries we had set.

But it burned like a knife. And then, she twisted.

“I’m worried, Daniel,” she said. “There’s this woman who’s clearly a lesbian, and she keeps inviting me to go camping.”

“Why are you worried, then?” I asked. Trying my best to keep things light.

“When a lesbian invites you out to spend a night in nature, it’s not just for camping,” she said. “I’m worried.”

The exchange made my mood black.

“Why are you worried?” I asked, again. “You don’t have to stick with just me. That’s not what we agreed.”

“I know…” she said, noncommittally. “She could be a good passatempo, I guess.”

Another knife. Memories of Arenzanno. Painful memories of a conversation six months unresolved.

I forced a laugh.

We chatted, briefly, about maintaining multiple emotional connections. I don’t feel like I can do it, she said to me. Again, what should have been good news for me only tightened the constriction in my chest.

If she is so worried about this other woman, why not simply tell me she wants to be with me?

I had told her in Naples, in London, and again over innumerable text messages in New York: I wanted her. She had never said the same to me. But she had talked, every day; sent kisses every night; invited me to Lisbon for her birthday; and now, floated jealousy, as if to see how I would react.

There was no way to win this situation.

I quieted down. I began to sulk.

She carried on, happily shopping. After some time, she noticed that something was up. “How about we find a park?” she asked.

I opened my mouth, and her phone rang.

“Do you mind if I take this?” she asked.

I did mind, and did my best to let her know without saying so. She answered anyways. Rapid-fire Italian began: mama.

My Italian comprehension’s not bad; thanks to all the time we’d spent together by this point.

The pair began chatting about logistics; mom wanted to ship some clothes to Lisbon. Do you want this, what about that? Well then we have this box… Seconds stretched into minutes, and minutes went on to what felt like hours. Here she was, building a life with my head in her lap.

I felt sad, disrespected, and angry.

She had known something was wrong, and still abandoned the interaction.

I got up, didn’t say a word, and walked to the other side of the park. I sat and stared out at the ocean, and thought about crying.

The dread I’d felt before coming here had been absolutely correct, I knew.

I should not be in Lisbon.

After thirty minutes or more, C walked over to me. She was still on the phone. She sat on me, touched me, and tried to elicit a response. All the while, chattering away in Italian. “Say: Ciao Mama,” she told me, as she hung up.

I didn’t much feel like saying ‘ciao’ to mama.

C continued: “I told her I was with you, and she said: ‘you two are going to need to make a decision!’, and I was like: ‘but I don’t waaaant to. I’m indecisive!’”

We had a strained lunch; and then we stopped for a drink at a small restaurant. We sat outside.

“I really don’t want to talk about it.”

She paused. “You’re a very hard person to read, you know that, right?”

We sat there for a few minutes.

And, unbidden: it came out of me. 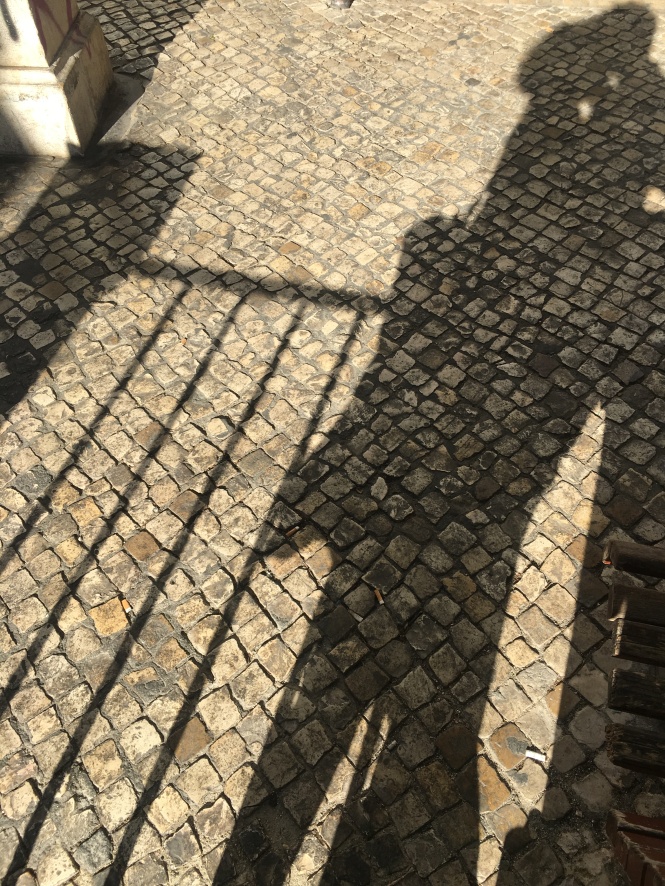 All the emotions that had been piled on top of my sternum ever since I got on that plane leaving London. Every little bit of hope and expression and honesty I’d buried since we had those choked nights in Italy, nights that told me: it’s not OK to talk about how you really feel.

I had imagined this conversation later in the trip.

But of course it was always going to happen, uncontrolled, in an avalanche of feelings. Every pent-up emotion from Naples to Indian Creek to Brooklyn. Every thought of mine she had never fully accepted; never chosen to process. They marched out of my mouth one after the other. Trapped soldiers, finally driven mad by time and desperation; running forth in a fine, suicidal charge.

“This?” I said, my voice choked. “This hurts.” I gestured all around us. “Today? Helping you buy things for your house? Going around, building you a life? A life in which you never mention me?? That really hurts,” I said, my voice cracking. My vision was a bit watery.

“And saying shit like you said last night? ‘Emma’s ok with you being the third roommate?” What the fuck is that?? If you want me to move in with you, why can’t you just face up to it and ask?”

Some other things spilled out of my mouth, I’m sure.

Truthfully, it all gets a little fuzzy at this point.

Four years prior, I ruptured my spleen. It was a major accident; I spent four days in the hospital, hopped up on Fentanyl. I didn’t sleep much. The pain was too intense. The days were long, endless and uncomfortable. But in memory, I’d be hard-pressed to give you any details. 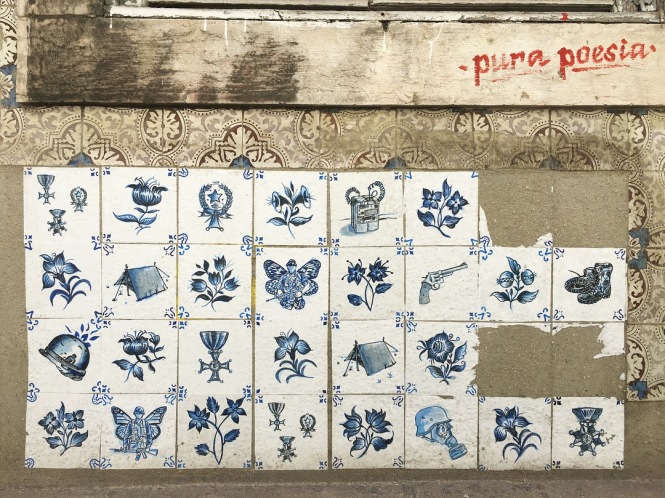 “In December,, when your company goes out of business or whatever, if we’re still on good terms — and I’m afraid we will be — you can come here and we can give it a try.”

“Are you fucking serious?” I say to her. “You want me to move across the ocean, to a foreign country, ‘if we’re still on good terms’, which you ‘fear we will be,’ so maybe ‘we can give it a try?!’”

I need more than that, I say.

“I’m just asking you to say you have space for me in your life.”

We went up to a Miradura, a viewpoint, nearby. The sun was setting. A traveling musician played Spanish love songs. We kissed, slowly, and I caught a glimpse of myself in her eyes.

I had never seen myself that sad.

She tried pointing out neighborhoods; landmarks… it was all too much. It glanced off me, like a stone skipping across water.

This was a city I would never come to know.

The only thing Lisbon held for me was C; and at that moment, she knew she had just broken my heart.

A chill set in as the sun dropped lower.

The musician began to play Bob Dylan: The Times, They Are a’ Changin’.

She grabbed me from behind; we stared out at the fading possibilities, and the singer spoke to us of the end of things.

Easily, the most painful moment of my life. 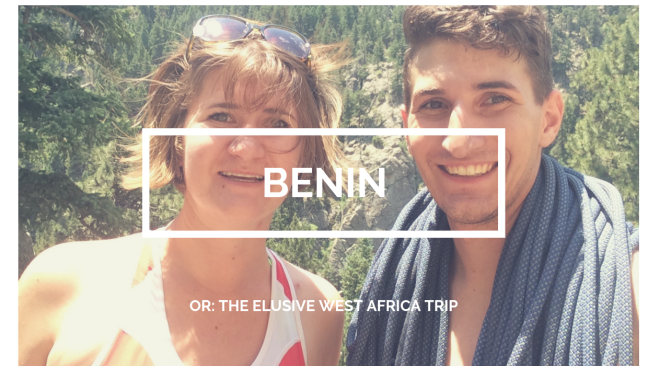 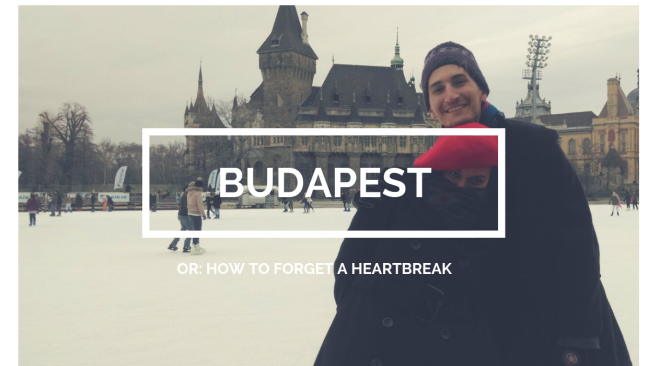 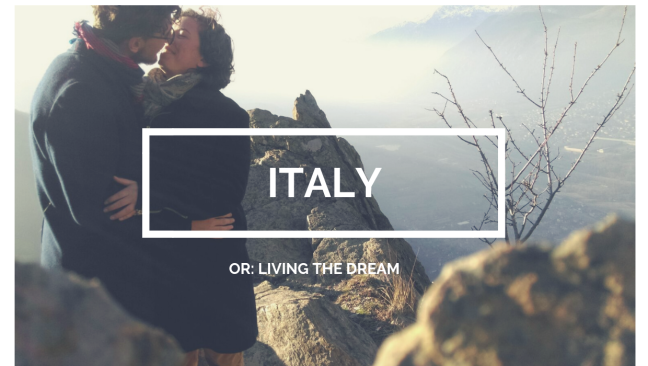 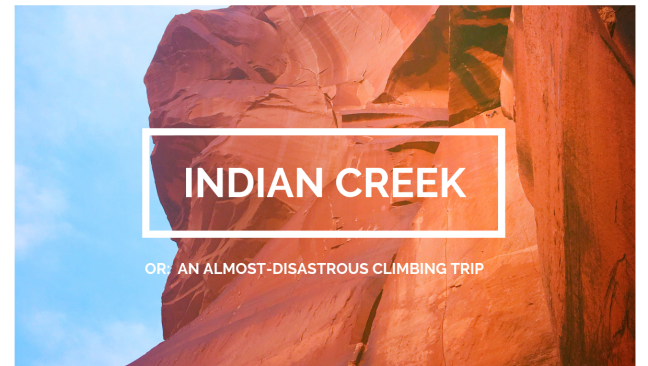 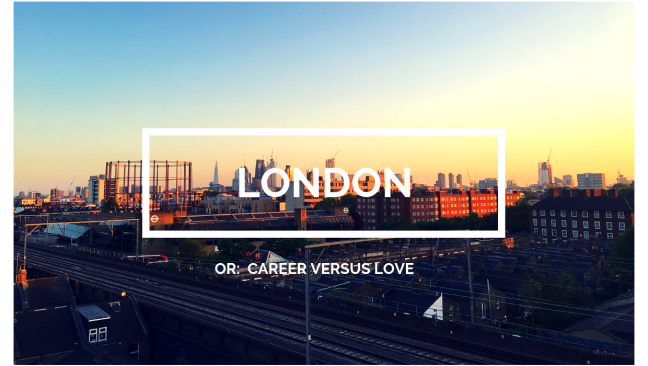 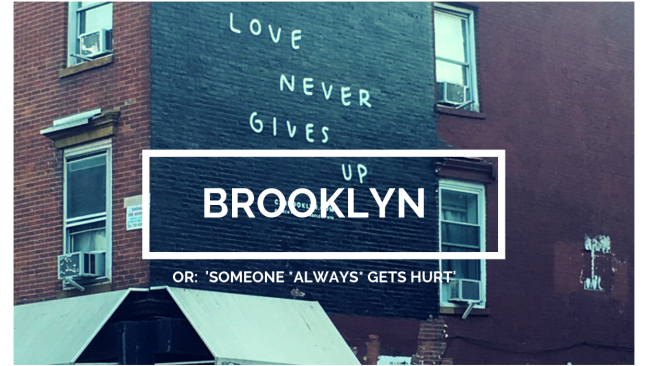 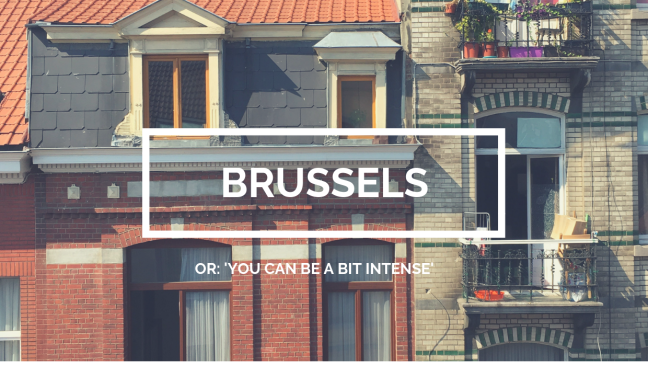 Moments.
When the pump gets too much! 😅
Bolting for Glory (5.10a). Eldo season never ends 😁