[this post was SUPPOSED to go up in January, around Chinese New Year 2017, but then I got the flu… so you get it in March. Enjoy :)]

In February 2016, I was in Taipei, Taiwan, for Chinese New Year (a.k.a. the Spring Festival). For Westerners, the phrase “Chinese New Year” probably conjures images of Dragon parades and the Zodiac calendar. While these can be elements of the celebrations, I wanted to highlight the lesser-known aspects of Chinese New Year.

This photo essay explores some of the more interesting elements of Chinese New Year which you can observe in Taipei, Taiwan. You might even learn some facts you didn’t know about Chinese New Year!

The first thing you will notice if you visit China, Hong Kong, or Taiwan during Chinese New Year is that everything in the country is red. Like… literally everything. It’s kind of overwhelming, actually. Everyone—from the humblest apartment buildings, to the street markets, to the upscale establishments—decorate their premises from top-to-bottom in red.

Oh man—the new year’s markets! These things are wild. A little overwhelming, to be honest. 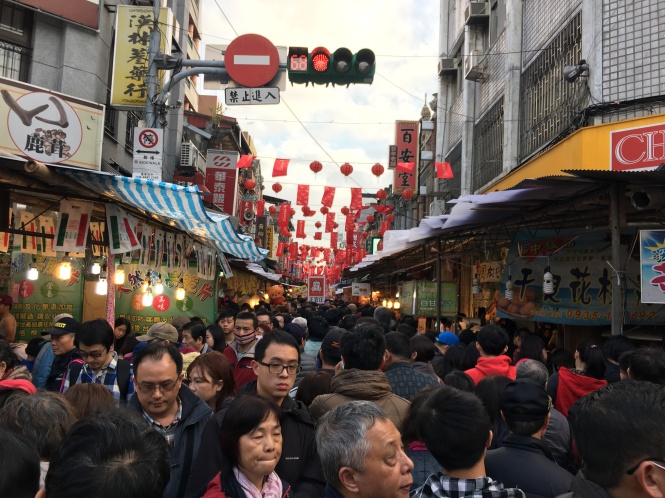 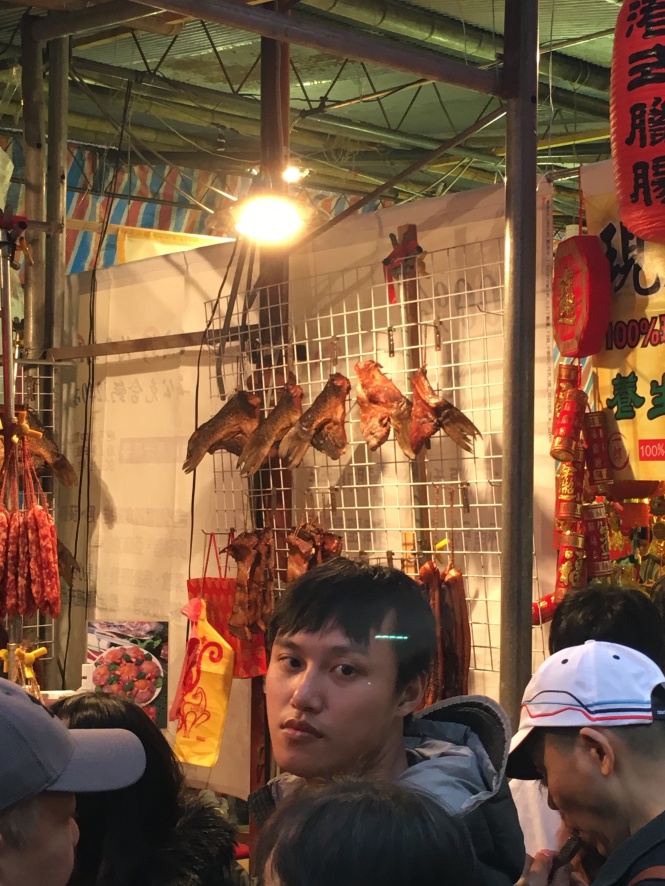 This is one of those situations where, as a 6’2 white guy, you literally cannot avoid looking like a tourist. Half my photos from the market have Taiwanese people throwing me funny looks. Kind of hard to be surreptitious when you are literally a head taller than everyone else.

Spending time with living family and honoring dead ancestors is a key part of the Chinese New Year season.

You might, for instance, find this sitting in an alley. What’s it doing there? BEATS ME. (Local friends later clarified it was an ancestral offering—but before gaining that context, this was a pretty bizarre sight).

Another aspect of Chinese New Year in Taiwan is the Sky Lantern Release. Residents of Taipei can catch a bus to the small mountain town of Pingxi, where the Lantern Festival is held. Here, you can partake in delicious street food, or try and join the official lantern release at the high school. There will typically be a few dates during the Spring Festival where lanterns are launched.

When we visited, it was pounding freezing rain—as such, my photos aren’t that great. Hard to work the shutter when you can’t stop shivering. Nonetheless, still a super-cool event! Definitely recommend going if you happen to find yourself in Taipei during the Chinese new Year period. 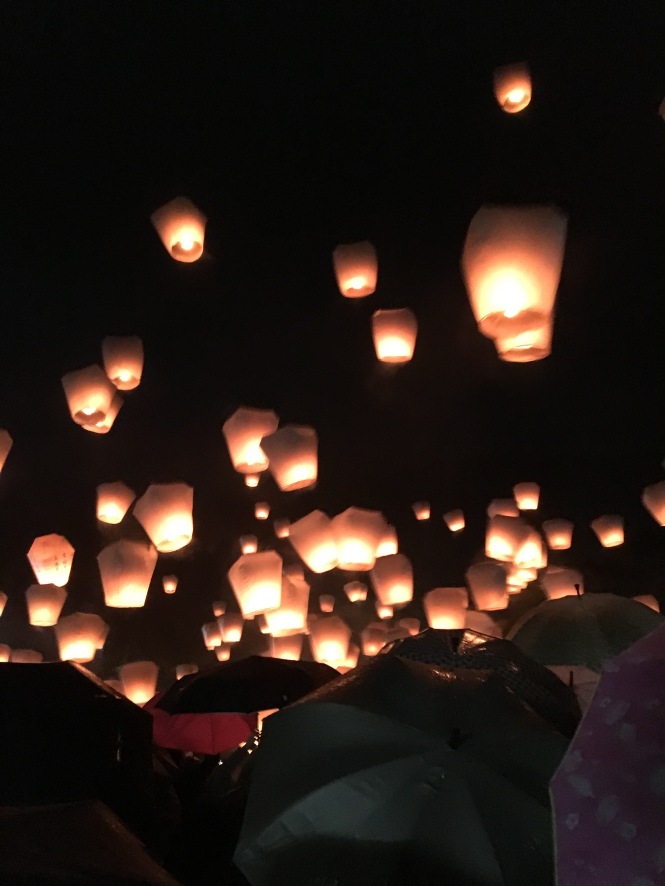 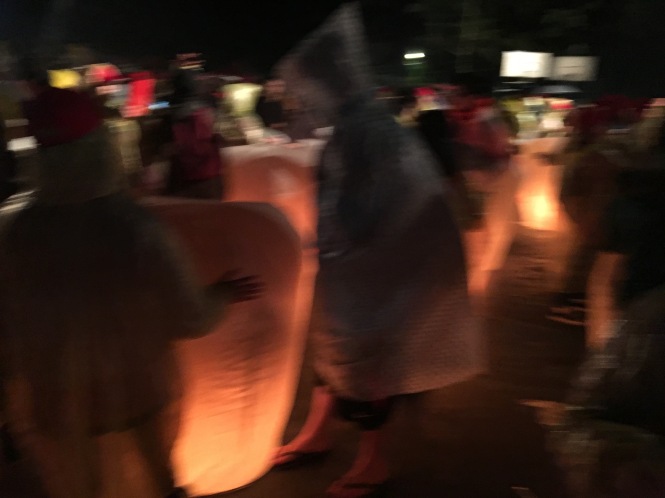 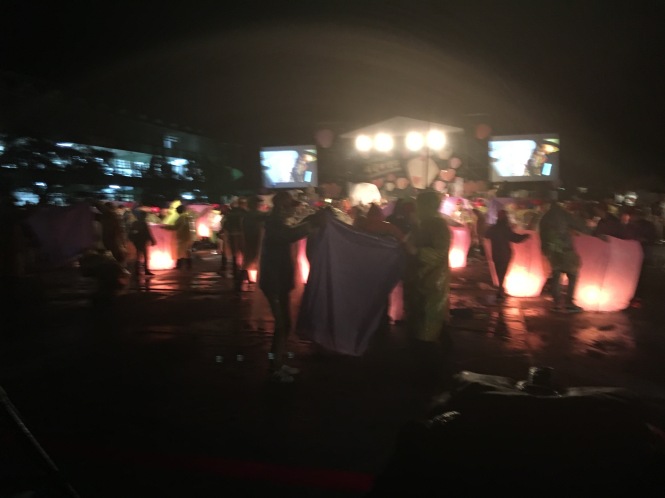 Despite the fact that the holiday is mostly a time for people to return home and be with their families, there is a certain undeniable “holiday spirit” in the air. Experiencing this festive cheer makes Chinese New Year a very worthy time to visit Taiwan!