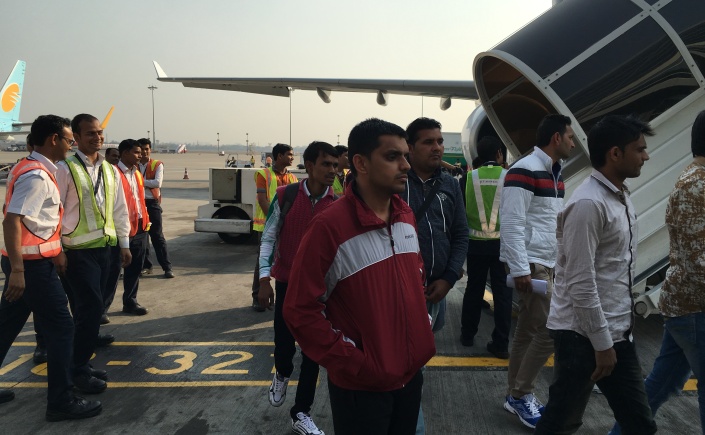 I spent about 30 minutes sitting there, blackly depressed and feeling sorry for myself.

Eventually, I realized that although fate had intervened to bring me here, it probably wouldn’t magic my boarding pass out of thin air at the last moment, the way it had snatched a ticket home from me.

What are the chances of that running out of data right then? I though to myself, as I popped the Hong Kong SIM card out of my phone, idly. It had worked all night, right up until the moment of truth. 1 GB of data in two days. Too much Instagram, I guess.

I buried the Hong Kong SIM deep in my bag— I didn’t want to see it. But still, it’d be a good souvenir, and a better story, once the crippling emotional pain receded. If it ever receded.

I thought about Holly. She would have been through Beijing, and be on her plane home by now. Provided she hadn’t lost her boarding pass. I bet she’d held on to hers; stupid errors like that had always been my domain in the relationship.

I thought about just abandoning the flight on the Kathmandu. I could buy probably a ticket home at the counter here… maybe I’d lost the ticket for a reason.

No, I though, the reason is you haven’t slept in 30 hours, you can barely think from what just happened in Hong Kong, and you’re being careless.

Fate, I thought, had clearly conspired to send me to Nepal. I hoped it wouldn’t change its mind so easily: that would make it little more decisive then I.

The memory of that moment gave me clarity. I had to live for myself.

I would go on to Nepal.

I re-packed my bag– considerably messier thanks to my frantic searching– and began retracing my steps. The boarding pass was nowhere to be seen. Not resting atop the bathroom urinal, not underneath the chair I’d been sitting in, and not where the band had been playing. The musicians had adjourned, leaving their instruments standing in place, oddly alone without their partners. I felt a sad kinship with them.

With two hours left in my layover, I decided it was finally time to talk to someone.

I approached the information desk, a circular kiosk in the center of the terminal. When I got in line, there was one person in front of me, animatedly arguing with the attendant about something or other. I kept a respectful distance, not wanting to crowd or eavesdrop on the conversation. Just as the two were finishing their business, a planeload of new arrivals began streaming out of the duty-free area, into the terminal. Two, then three, then four of these people beelined straight for the desk, aggressively catching the attention of the clerk.

The cutting continued, as I placidly stood where I was. This type of behavior wasn’t unknown to me— it was the same in Taipei and in Hong Kong. With so many people jockeying for attention, in many Asian cultures it’s every man and every woman for themselves. You have to cut in line, or you’ll never get served.

One by one, more people kept exiting the duty-free hall and cutting in front of me. I felt a twinge of annoyance every time it happened.

Still, I had nowhere to be.