I run a blog called “this is youth.” I’m 23. I’m a college graduate, tech-savvy, and self-motivated. I had never left the United States prior to this trip. I had a remote job lined up, and basically needed nothing except a little courage to step into this lifestyle. To be location independent was a serendipitous confluence of my professional goals and personal desires.

I still wouldn’t recommend the lifestyle to other young people. Here’s why:

Go join everyone else your age, and hit the backpacker trail 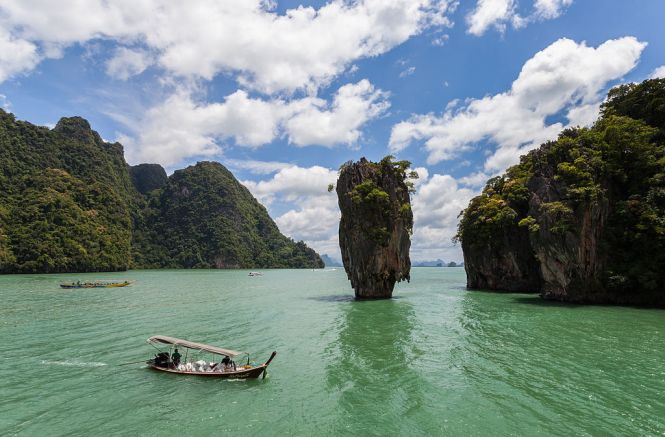 There’s no wifi on that boat.

Look, I’m constantly called an “old soul,” told that I have my shit together, or asked for advice on “how to adult.” I don’t spend all my money or all my time binge-drinking, and that creates a bit of a disconnect for me sometimes. I’m not the most social person. But even with all that, I’m still jealous of the backpackers. I want to put down the laptop and go join them. Let’s hike to the waterfall. Let’s go out for beers, then have another one. And another one. And another one. And I want the people I’m with to understand that reference.

Nomads, by and large, wouldn’t get it. That’s because,

Digital Nomads, the successful ones, are mid-career people.

Young people in the U.S. romanticize travel. It’s a growing trend, I think largely due to the popularity of social media and the growth of travel blogs. Everyone wants to travel. “It’s just too much money,” or “I don’t have the time.” Being a digital nomad seems like a perfect solution to this problem.

And it is. But it won’t solve the problem in a way which will allow you to really see the world in the way you are imagining. Most of your time as a nomad is spent sitting in front of a computer, thinking about Twitter followers, and reading about growth hacking. Your peers are upper-middle class white people, digital marketers and entrepreneurs.

MOST of these people tried the office for years and years before embracing this lifestyle. Their perspective is very different from yours, a person who maybe, has never spent a day of your life in an office.

Yes, there are some young people out there trying it out, and a smaller portion making it work. There are many of these people in Chiang Mai. Leave the most famous and accessible digital nomad hub, and those young people start to fall off, quickly.

Suddenly, the only people your age are backpackers, and they look like they’re having a hell of a lot more fun.

Again and again, you will meet a young backpacker at a foreign coffee shop. You’ll strike up a conversation, and she’ll say “Wow! You’ve been here for two months?! I wish I could do that.” Then she’ll ask, “Have you hiked the volcano yet,” and you’ll have to say no. You’ve been working.

She’s off to the Gili Islands in two days.

Look: everyone mentions this. “Being a digital nomad means you have to leave behind your friends and your life at home, but in the end, it’s totally worth it.” That’s the line, or whatever. Everyone acknowledges this. It comes at the end of a 1,000-word post telling you all the great things about the lifestyle— travel, culture, entrepreneurship!

What you don’t see online is a real, true telling of this isolation. It’s crushing— the constant movement of people and places presses on you, on all sides. Especially when you first start out, and the urge to move countries frequently is almost irresistible.

The friend you met at the coworking space, and the last two days talking to nonstop? Headed to Saigon in a week. Meanwhile, you’ve booked tickets to Chiang Mai already. Well fuck. See you on Facebook, I guess.

Spend a month in a place, start learning a few words? The shopkeepers start recognizing you, going beyond just “can I take your order please?” Your visa expires. Gotta go. Sawasdee!

This is happening to everyone around you, at all times. The rejection is almost total. There is little spontaneity— although with enough time, your paths may cross again, or you can plan a meetup in some foreign city. This is a cool sentence to write, and an inspirational one to read— but it’s simply not fun to live, day-to-day.

Those who choose to stay in a city for six months or more can avoid this, to some degree. But even six months doesn’t match up to a friendship at home, usually developed over years of near-daily contact. Your life at home will move on without you. Your college friends will get jobs, up and leave town, and you won’t even be there to buy them a beer at their going away party. And it gets a lot harder to make friends, after college. You want to hold on to the ones you have.

But I REALLY want to travel

If international travel is really the only thing you want to do, that’s fine. If you’re a startup-techy-marketing type of person who is ok with long stints of serious loneliness, you might be ok for a while.

But for most young people, I’d recommend working hard, saving up, then hitting the backpacker trail like everyone else your age. You will lack millennial peers as a digital nomad, and you’ll be adding more stress than you expect to your travel experience.

The Nomad lifestyle is only going to become more ubiquitous

Right now, being a digital nomad is still kind of cutting edge. With the huge shift towards distributed teams, it is becoming more commonplace by the day. The most commonly-cited studies say half the U.S. workforce is a freelancer of some sort, and that’s only likely to increase. Work-from-home is on the rise, and while most people will never go further than their neighborhood coffee shop, anyone with a remote job can technically be a digital nomad.

As visibility and understanding of this lifestyle grows, so will the number of companies willing to accommodate it; and the number of services designed to facilitate it. In 10 years, it will be considerably easier to be a nomad. You will be considerably further along in your career, and probably have less opportunity to drop everything and go travel without obligations for months on end.

So take advantage while you have that opportunity. Leave it all behind, and I mean ALL of it. You’ll never get those gap years of your youth back. Live it up. There’s plenty of time for work, later.

6 thoughts on “Should I become a digital nomad straight out of college?”

The simple life.
Snow and ice are part of the alpine environment. Travel in this terrain is an essential thing for any aspiring mountain climber to master 🛠❄️
Ice climbing is mostly cold and wet and silly. Occasionally, however, it is very, very cool 😱. This climb is the Rigid Designator in Vail, CO.