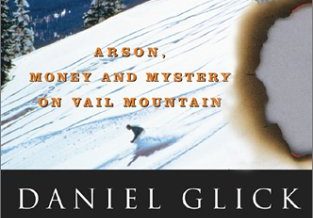 A longtime Vail Valley resident recently lent me a copy of Daniel Glick’s 2001 book “Powder Burn: Arson, Money and Mystery on Vail Mountain.” This eighty-year-old woman and I had just finished up a dinner at the Northside Kitchen, a local favorite in Avon, CO, just down the road from Vail.

This woman had built one of the very first houses in Avon. In the beginning, she stood alone on a plain, a modest house with a huge yard, next to the scenic Eagle River. A highway ran past, a few hundred yards away, but that was a small price to pay for the unique mix of solitude and accessibility.

Now her house is almost impossible to find, if you do not know where to look for it. It sits squashed between huge apartment complexes and hotels, shrouded by a wall of shrubbery. Beaver Creek ski resort looms above, a ski resort even more exclusive and boutique than Vail. People come and go all around. Most of them probably do not even notice her house— assume it is simply another luxury rental with an absent owner. Vail Resorts has built its empire around her, suffocating her views and her community in order to house as many impressionable young workers and incredibly rich tourists and as they can. The idea of a private plat existing in between all that artifice is laughable. I’m sure, if they could, Vail Resorts would buy her out for an exorbitant sum of money, and call it a win.

But she was there first; and she has no plans to leave.

This situation is exactly what is explored in Daniel Glick’s 2001 nonfiction book, “Powder Burn.” Ostensibly about the 1998 Two Elk Arson which caused $24 million in damage to Vail Ski Resort, “Powder Burn” quickly jumps off its premise into a wider exploration of the harsh class divisions present in the Vail Valley. In fact, the book concludes without ever really wrapping up the arson angle; when the book went to print, the case still had not been solved. A newspaper clipping slipped into the copy I borrowed reveals the latest conspirator was charged in 2014, 16 years after the arson that consumed several structures and damaged chairlifts atop the Vail Mountain Ski Resort. 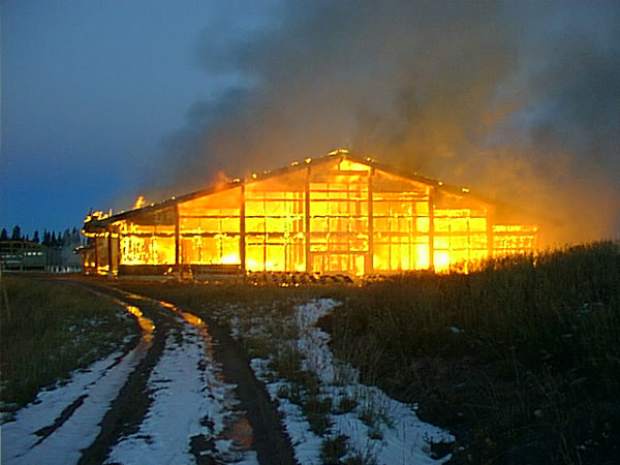 Although Glick may not have solved the arson mystery, he paints a pretty powerful picture of the inequality which even today cleaves the Vail Valley in two. On one side: Vail Resorts and the exclusive clientele they attract; on the other: naïve or disillusioned workers, underpaid, undervalued, and overlooked. Vail Resorts cannot function without the workers, and the workers are generally only in the area to ski Vail Resorts.

The relationship is simultaneously symbiotic and toxic— a simmering powder keg of resentment and reliance.

Glick does a great job of accurately portraying both groups. An Amazon review of the book mentions distaste for the “vulgarity and profanity” and complains that Glick isn’t fair to the rich when he uses phrases like “trophyest of the trophy homes.” This, to me, proves just how accurate Glick’s work is: the ski bums really are prolifically profane and immature, and the rich do construct monstrous homes which they occupy for perhaps a month a year. Vail IS a place of such extremes.

Any writing which glossed over this would not be honest; it would be marketing material for Vail Resorts.

I’d recommend that anyone thinking about moving to Vail should first read Glick’s “Powder Burn: Arson, Money and Mystery on Vail Mountain.” Although Rob Katz has now replaced Adam Aron as the CEO of Vail Resorts, not much has changed from what is told in the book. Katz recently raised minimum wage for employees to $10 an hour, a move which might seem generous but is basically an insult in a place where cost of living is just as high as Los Angeles County.

And through it all, Vail Resorts continues making money. The company is good at what it does, and only getting better.

In the end, it comes down to the question of people versus money.

The woman who lent me the book, an old family friend, still refers to Vail Resorts by its previous name, Vail Associates. “Back in the day,” she said, “I used to own a fair bit of Vail Associates stock. Now though, I just can’t justify it.” I told her that owning Vail Resorts stock has treated me very well, and she said, “I’m sure it has.”

And we sat there, the 22-year-old and the 80-year-old. The kid who has spent a year in the Vail Valley, and the woman who has been here since before I was born. Money, and people.

We would be right at home on the pages of “Powder Burn.”