My cousin gave me those words, over wine and cheese on a 28th storey in the Upper West Side.

I’d just told him that I had landed in Vail, Colorado for the moment. “Do you know anything about Vail?” I had asked him. “Nothing really except it’s a ski town,” he said.

“It’s a really beautiful mountain town. One of the richest places in Colorado, probably,” I said. “Small. Quiet. I pay the same rent Papou pays to garage his car here. As far as places to land after college go, I think I really lucked out.”

“And New York will always be there,” he said.

My cousin Adam is 21. He attends Cornell. Goldman Sachs paid him $11,000 for 10 weeks of his time last summer. His older sister, a Smith graduate, is living in Jersey. He says “There’s nothing wrong with living in Jersey, but it’s not Manhattan.”

The conversation echoed in my mind the next day, as I browsed the Creative Nonfiction basement at the Strand bookstore, one of my NYC haunts. Although I had recently resolved to become a public library person, I am utterly incapable of entering a bookstore without buying something. I walked out with a book titled MFA vs. NYC: The Two Cultures of American Fiction.

The New Yorker snarkily answers the question for you: “both, probably.”

“Where are you thinking of going after college? Are you going to move to New York? Out of all of our friends, I could see you there the most,” a Colorado friend asked me, many months ago now.

Behind all of it: the assumption that New York City is the terminus of an American creative career. 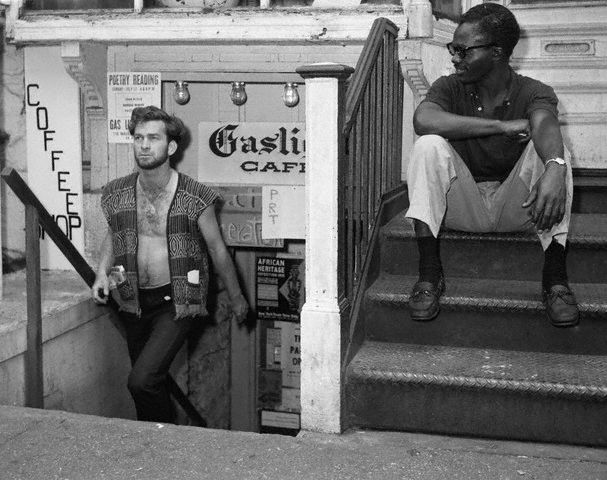 “Like, man, if you’re beat, where else is there to go but Greenwich Village?”

It’s true that I always come back from New York hungry. (And not only because I’ve developed completely unsustainable eating habits due to the overabundance of great food.)

The city is invigorating to the artist, to the creative turmoil that feeds him. Something about the churning, sickening movement of people stirs the soul to strive.

Or it may be that when I go to New York City, it’s usually to visit my grandparents, who both have PhD degrees and embarrass me every way to Sunday where literature and culture are concerned.

Either way. The city challenges me.

Art, as I understand it, does not come from peace.

The Yogi or the Saint might pull something from stillness. The artist as a young man does not.

Right now, I’m sit in a cabin in the mountains, headphones quietly covering my ears, wondering which is worthwhile. I think I’ll turn off the computer, walk out my door and watch the stars.

After all, New York will always be there.

2 thoughts on ““New York Will Always Be There””