When you think about tourist attractions in Taipei, one place literally looms above the rest. The Taipei 101 is the ninth-tallest building in the world (as of April 2016— they always seem to be building bigger ones). The building stretches skyward for 101 floors, with a vertical rise of just over half a kilometer.

In tiny Taipei, where most buildings go no higher than a dozen floors or so,  the 101 dominates the skyline. It is an iconic building, and the citizens of Taiwan and Taipei are rightly proud of it. The Taipei 101 briefly held the record for the world’s tallest building, before it was passed by the Burj Khalifa in Dubai, which holds the record to this day. 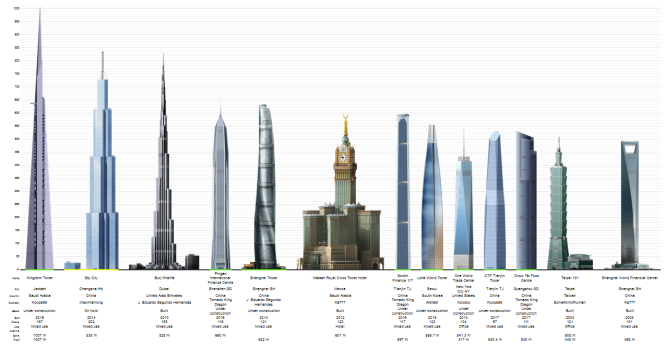 The Taipei 101 features an inspired design which incorporates elements of traditional Asian architecture and Chinese culture into the design. The building features a pagoda-style design with eight segments— the pagoda style is a nod to the historic structures, which can be found all over Asia. The number eight is considered lucky in Chinese culture. Several smaller design elements on the outside of the building also nod to Chinese beliefs or superstitions. 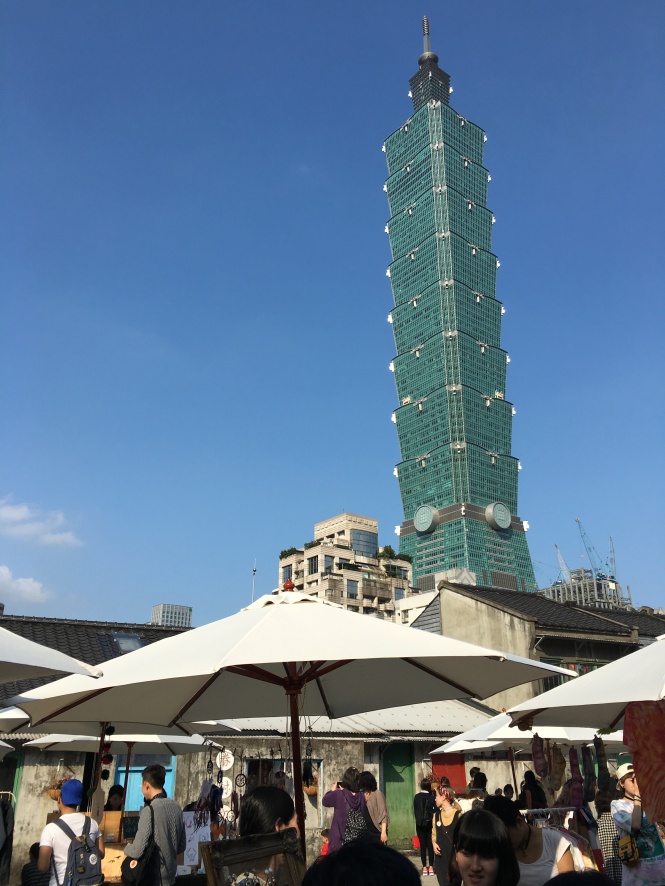 You have two options for enjoying the Taipei 101 while you’re in Taiwan: visit the observation deck at the top (500 New Taiwan Dollars), or hike Elephant Mountain and view the tower from a scenic viewpoint (free). We did both.

Elephant Mountain is an urban hike in Taipei, Taiwan. One of the cooler elements of this city is the urban hiking— you can take the (excellent) metro right to the edge of the city, and be walking in nature within five minutes. It’s an amazing way to escape the hustle and bustle of the city, and catch some great views of the Taipei 101 in the process.

Since the trail is so easily accessible, don’t expect to be alone— sunset is an especially popular time, with hundreds of tourists and locals making the trip to grab that perfect Instagram photo, or just to watch the city lights slowly come alive. 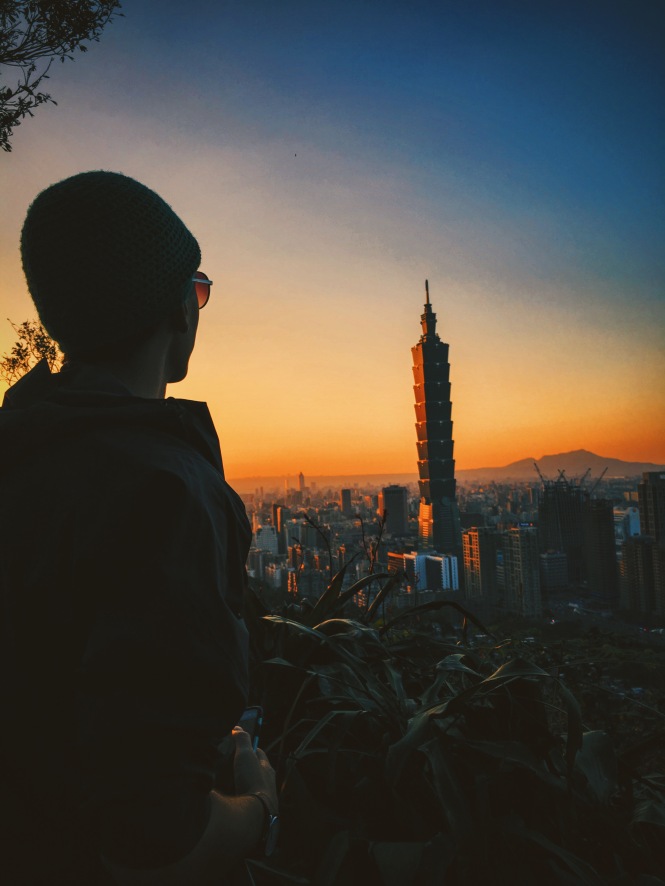 Don’t let that discourage you though— there’s a reason all those people are there.

The endless stairs on the trail are a great workout for out-of-shape travelers, too!

Like most skyscrapers, the Taipei 101 is mostly office space. There is a food court in the basement and a luxury mall on the first five floors. After that, it’s restricted offices all the way up to the 88th floor, where there’s an observation deck open to the public. 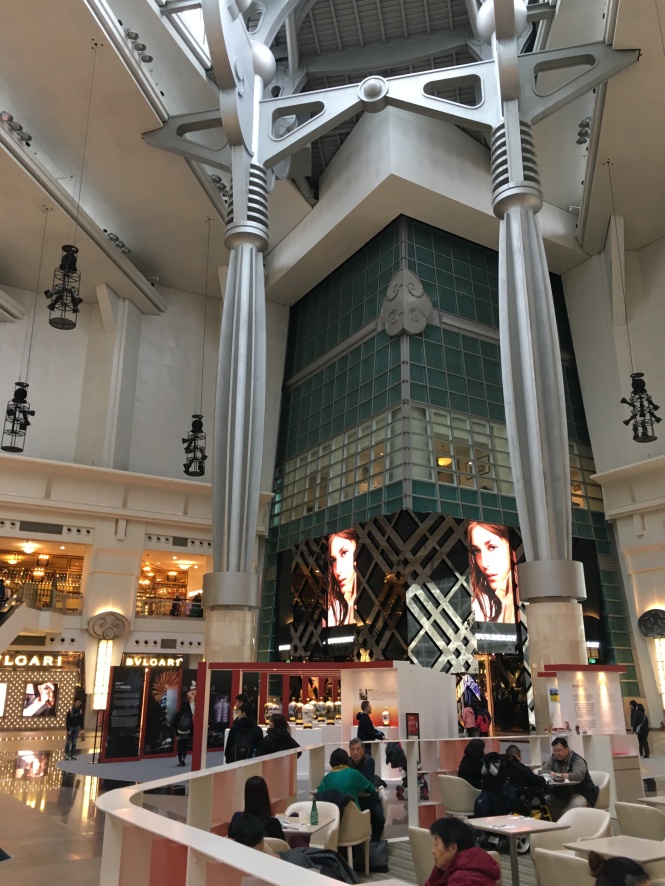 Where the tower proper intersects with the luxury mall — neat little architectural trick.

As a general rule, I tend to avoid going to observation decks in skyscrapers – they’re expensive and ultra-touristy – but from first sight I just fell in love with the 101. I had to see the view from the top, even if it was a little expensive (500 New Taiwan Dollars, roughly $15 USD).

The perpetual fog and smog that often covers Taipei can limit the views from the top somewhat.

The 87th floor is also open to the public, affording a view of the building’s impressive internal damper, designed to protect the building against high-force winds and the are’a frequent earthquakes. As the only internal building damper open to the public, this is the most unique element of the Taipei 101 observation deck. Very cool to look at and learn about, especially for the engineering and design-minded.

It’s hard to provide a proper perspective on how big this thing is — it takes up two floors and weighs 600 tons. 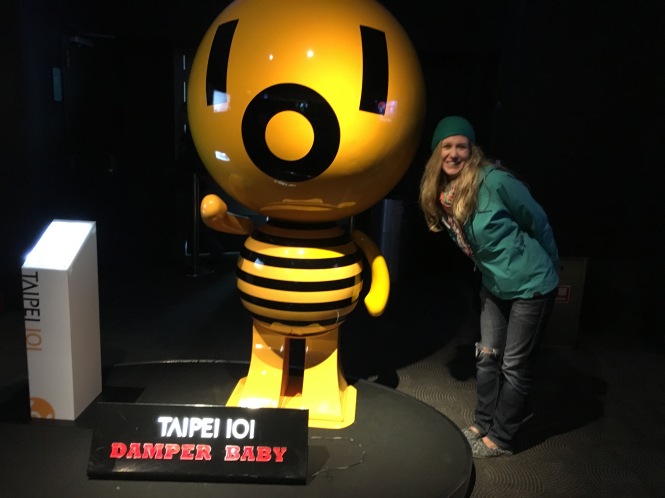 The damper even has its own mascot! You can buy stuffed versions of this guy in the gift shop. I imagine this is the only place in the world where you can buy an anthropomorphic plushie of a tuned mass damper.

The observation deck also has plenty of information about the building, the damper, and the city of Taipei. Most of the exhibits are presented in both Chinese and English, which was very helpful. There’s also an amazing carved coral museum with some truly beautiful sculptures you have to pass through on your way out— just don’t look at the price tags!

Overall, the 101 is an amazing building. Visiting the Taipei 101 should absolutely be on the list for anyone planning on visiting Taipei. Although it can be a little touristy, it’s well-worth it to visit a world-famous building like this. Just do yourself a favor and don’t eat at the food court— go outside and sample some of Taipei’s famous street-food scene!